You are going to piss some people off doing what’s best for you. Do it anyway. #Queenshit #Levelup #Mindsetshift https://t.co/wJP8yd31hR
View on Twitter

Real Queens Killling It is at DON'T QUIT.
DON'T QUIT
This is your reminder to keep going💃🏾 Don’t stop until you’re Proud.

Continue to push through. Show up for yourself. Put your best foot forward always, stand up, show out and never give up.

You got it. Make sure that crown is on right! 💛👑 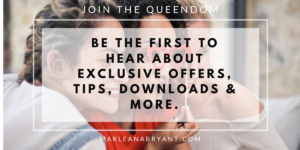