About Me: My Story. - The Queens Academy

My Background: I was born and raised in Philadelphia Pennsylvania. The youngest of three children. I have one older brother, and one older sister who reside in the city as well.

I was born to two devout Christian Parents, into a religion that some people might consider a cult. The earliest part of my years were centered around religion, and church is where I spent most of my time growing up, contributing greatly to the quiet introverted personality I had adapted.

I was always shy and on the heavier side weight wise and never felt that I could fit. I never had many friends. but I had my mother and my family, or at least so I thought.

My mother who had became a diabetic after the birth of her first child became very ill after turning 50 years of age. After putting up a long fight and extended stay in multiple hospitals, and with many increasing complications she passed at the age of 51 January 26th, a month after my 11th, and less than 2 weeks after my sister’s 20th birthday.

The Death of someone close to you, will always come with a strange foul darkness, and confusion , and a feeling that can never be explained, and when you’re young, you think you understand it, but you really don’t.

Our family was never the same after that. Everyone broke off and did their own separate thing. My sister who was pregnant at the time of my mother’s death gave birth to her son 6 month’s later that same year.

It is amazing how the birth of a new life can offset the pain of the loss of another. I always believed God worked in mysterious ways. He knows just what or who to put in your life at the right moments.

Two years past and I began to cope through books and music.

As an introverted outcast I was still able to find my group. I met my 2 bestest friends in the 7th grade bonding over a love of films and books. The 3 of us have been a solid trio ever since, no matter how long absence of communication, it is a friendship I never have to check.

When I was 13 I found my life’s purpose which is to write, and my soulmate (who still doesn’t know it yet) a silent obsession that still haunts me till this day.

Snatched from my besties in 9th grade I had to begin the journey of finding my place all over again, in a new place, that was just about as cool and magical as any normal high school could get. Central High.

Sighs. How I missed the days of the crimson and the gold.

Granted with my awkward skirts, hats and dresses I felt that I still stood out but everyone who attended there was so unique and amazing that nobody cared!

My class (272) was huge comprising of nearly 700 students! I never even got to meet half of them but I am thankful for the beautiful souls I did meet, who made navigating those angsty years a little easier.

High School blew by in a blur and all too quick before I knew it Senior Year was upon us and there were things like prom, college, and graduation looming in.

The anxiety and the frustration were real. I was anxious, it was senior year, I was turning 18, prom was fastly approaching and a didn’t have a date.

The first thing I thought in my head was “oh my God, I have to go to prom, but I can’t show up alone, that would be lame! I have to get a date, or better yet a boyfriend!”

That is where life for me began to take a very wrong turn. I tried my best to get my soulmate’s attention, I lost weight, started wearing makeup, tried to spruce up my appearance, but all of my efforts were fruitless. He didn’t take one hint or interest, so frustratingly enough I moved on to plan B.

Now social media is a beautiful, powerful tool that is able to connect people from near and far. BUT if you are not careful you may find yourself out there lost in the sauce. which was me, I was the curious girl desperately trying to find a date.

Time: It is nearing the end of the year, and my 18th birthday is fastly approaching, out of the abundance of males I had managed to find on the internet, these 3 seemed like the best candidates.

One was charming, one was sweet, and one was like no one I had ever dared to like before. The race was on I only needed one of them. and I had my preference for which but like everyone eventually learns; you don’t always get the things that you want.

After I turned 18 things were never the same. I was legal, or so I told myself. I was free to make my own decisions and do whatever the hell I want.

Like a fool a rushed into things making a mess out of everything. I craved attention and self esteem was low. But now that I had turned over this new leaf, this new me, attention was a drug that was easy to get, and men gladly gave it with ease but only in exchange for… well you’re a smart person, read between the lines.

I had one good relationship but because of my new found addiction it couldn’t keep me faithful, no matter how amazing, kind, sweet, and nice he was.

Truth was I had no business in a relationship, or all these other situationships, but I was young and dumb and thought I could get away with what I want… but it’s a funny how God has a habit of getting back at you. Hence Enter Male H: 29 year old African American Male

It was a month before my 20 birthday when I met him getting off the L after an evening at work, heading up on the escalator in front of me. He exchanged words with me, I could tell he was older so I told him I was 19″, which was code for I didn’t want to be bothered. But he gave me his card anyways, and I took it, which now looking back, I wish I would have threw it in the trash.

Still something about him made me curious. I didn’t contact him till a week later, I should have knew he was trouble when the first time I called there was a woman in the background.

But still I ignored it. I was going through a period of lonliness and was craving attention. It wasn’t long before we met. Seeing him up close in good lighting allowed me to see what any woman could have seen; which was that he was an extremely attractive human being.

But not only was he good looking, he was tall, and muscular, witty, and strangely polite, and charming too, by the second time we had met I was already in love.

Nobody had ever treated me like he did, we were so different but yet in so many ways he was able to show me that different could be a good thing. In the story I was writing of us he was a good guy with a past who working on his redemption, and I was the sheltered princess who was determined that she could hold a real man down. Looking back now I flinch at the thought.

I wasn’t a princess, and he sure wasn’t a real man.

But I digress, things started moving way too fast. I started sleeping with him and moved in with him the same week. I was hooked. If any of the previous encounters with men had been a drug, then he was the strongest form there was.

I was in college but then I stopped going to school. I was working, saving up money for a car, but for some reason he needed money and like an idiot I gave it to him, hundreds of dollars at a time, until my savings, and my bank account was empty.

I thought for sure when I ran out of money he wouldn’t ask me for anymore and for a short moment I felt relieved but then he moved on to my credit too.

A couple months later I took a pregnancy test and found out that I was pregnant. I was nervous and excited but at the end of the day we had decided that neither of us were ready for kids and that I should get an abortion.

The price was paid, The date was set. We were in the planned parenthood together, waiting our turn for the procedure to be done. I filled out the form with my information and checking off the boxes not really thinking when I checked off the last one.

We waited a little while longer then I was called for an ultrasound. The woman was curt she said: “You wanted to know if it was multiple pregnancy right?” I said “yea.” She said “there’s two babies” and showed me on the ultrasound.

Pause. At that moment I knew it was nothing but God. My conscious had been eating away at me. I wanted to laugh. One baby, I could do one baby, but I couldn’t do 2.

.In 2015 I gave birth to beautiful twin girls. I quit my job to be a stay at home mom for 2 and a half of the most wonderful, painful years of my life. In February of 2018 my children’s father and I had a terrible split, hence the beginning of my journey of single motherhood.

Like most people I can’t be lumped into one category, I consider myself a writer, creator, blogger photographer, artist, and a slightly imperfect perfectionist.

Like most people my age I haven’t figured it all out, and I don’t plan to pretend that I do.

As a 25 year old single mother of two I sometime suffer with major anxiety, and depression, mostly about where I feel I need to be.

I don’t have some amazing job, I don’t have a degree, I’m not a home owner, and I’m no where close to having some amazing significant other. I’m in a constant battle with my weight, and at times I even struggle being a mother! I don’t always make the best choices but I do try my best.

Each day I fight to maintain my sanity, trying to stay afloat, trying to survive. There are so many days where things seem hopeless and I feel like giving up but somehow God pulls me through.

One thing I do have is faith, and hope. I have faith in myself and faith in what will be, and I wont stop until I see everything I’ve envisioned come to life.

What are your goals and dreams, who do you aspire to be? What are your setbacks? Feel free to leave a comment below

When you realize you’re the only one who’s been holding you back: https://t.co/BI7Ym9scIA
View on Twitter

NOW AVAILABLE CLICK THE IMAGE BELOW TO GRAB YOUR COPY OF THE LIFE CHANGING WORKBOOK & GUIDE! 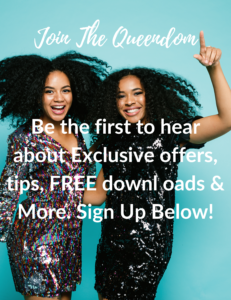